To ensure Treaty compliance in the atmosphere in addition to the infrasound network, the IMS also operates a world-wide network of 80 atmospheric radionuclide stations. These stations allow the identification of atmospheric nuclear explosions by capturing and identifying the characteristic isotopes produced during nuclear explosions. Particulates and gases containing these isotopes are released into the atmosphere as fallout during atmospheric nuclear explosions and can also be released from underground or underwater explosions that are close enough to the surface to vent gases and / or particulate debris into the atmosphere. Global atmospheric circulation then carries this material in the wind around the globe, where it can be sampled at a distance by radionuclide stations. The radionuclide network provides this information to aid in the detection, location and characterization of events detected by stations of the seismic, infrasound or hydroacoustic networks, either individually or in combination.

In Canada, responsibility for operating particulate and noble gas radionuclide stations lies with the Radiation Protection Bureau, Health Protection Branch, of Health Canada. Canada contributes this data from its 4-station National Radioactivity Monitoring Network, and operates a Certified Radionuclide Laboratory in Ottawa, ON. 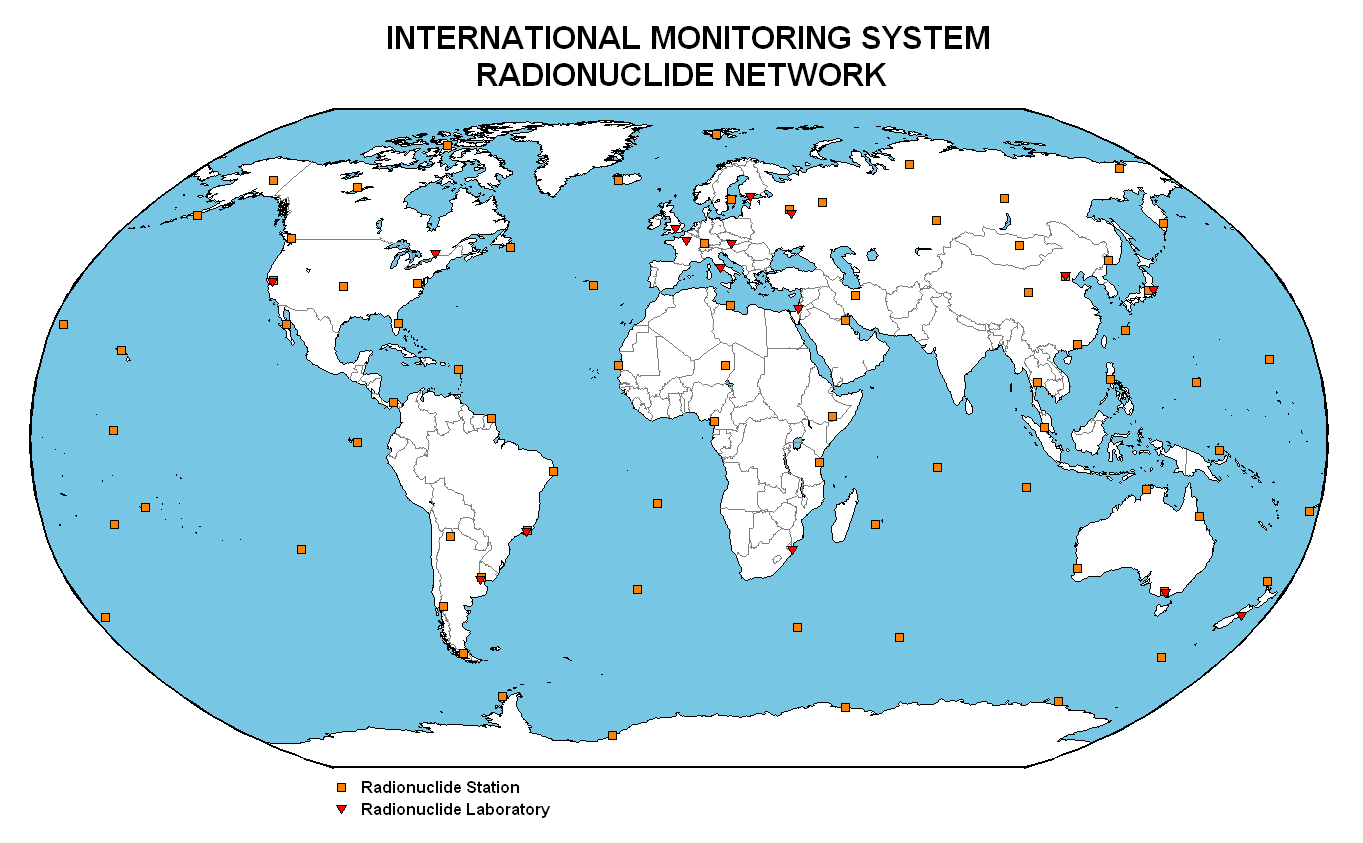