Compliance with the CTBT in the atmosphere is monitored by a worldwide network of 60 infrasound stations. An infrasound station consists of a distributed array of four or more microbarometers over an area of 1 - 9 km2. Each microbarometer of the array continually records the minuscule pressure variations of the surrounding air at frequencies much lower than is perceptible by the human ear. This region of the acoustic spectrum (~20 - 0.01 Hz) is referred to as infrasound, and is analogous to infrared light, which has longer wavelengths than the human eye can see. In the Earth's atmosphere such long wavelengths of sound are poorly absorbed and so can propagate over very long and even global distances, making infrasound ideal for monitoring for atmospheric nuclear tests.

A standard array layout consists of three microbarometers positioned in an approximate equilateral triangle with a fourth instrument placed centrally, yet several designs have been implemented. Using a variety of cross-correlation methods, the individual recordings are compared to each other searching for the tell-tale traces of coherent infrasounds propagating over the array. Besides recording the pressure fluctuations of this sound, these array techniques allow the operator to determine the direction from which the sound is originating. With multiple detections, from several arrays, the source of the sound can be located.

Like seismic waves, many sources of infrasound (both natural and artificial) exist and methods of discriminating explosions from these other sources is an area of active research. Natural sources of infrasound include volcanoes, ocean waves, severe storms, lightning, tornadoes, aurora, and meteors. Artificial infrasound can be generated by such things as supersonic aircraft, rockets and of course explosions.

Canada's contribution to the IMS infrasound network is the infrasound array located near Lac du Bonnet, Manitoba, designated I10CA. This station has the distinction of being the first infrasound station to have its data to arrive directly to the International Data Centre over the Global Communications Infrastructure and be certified by the CTBTO. 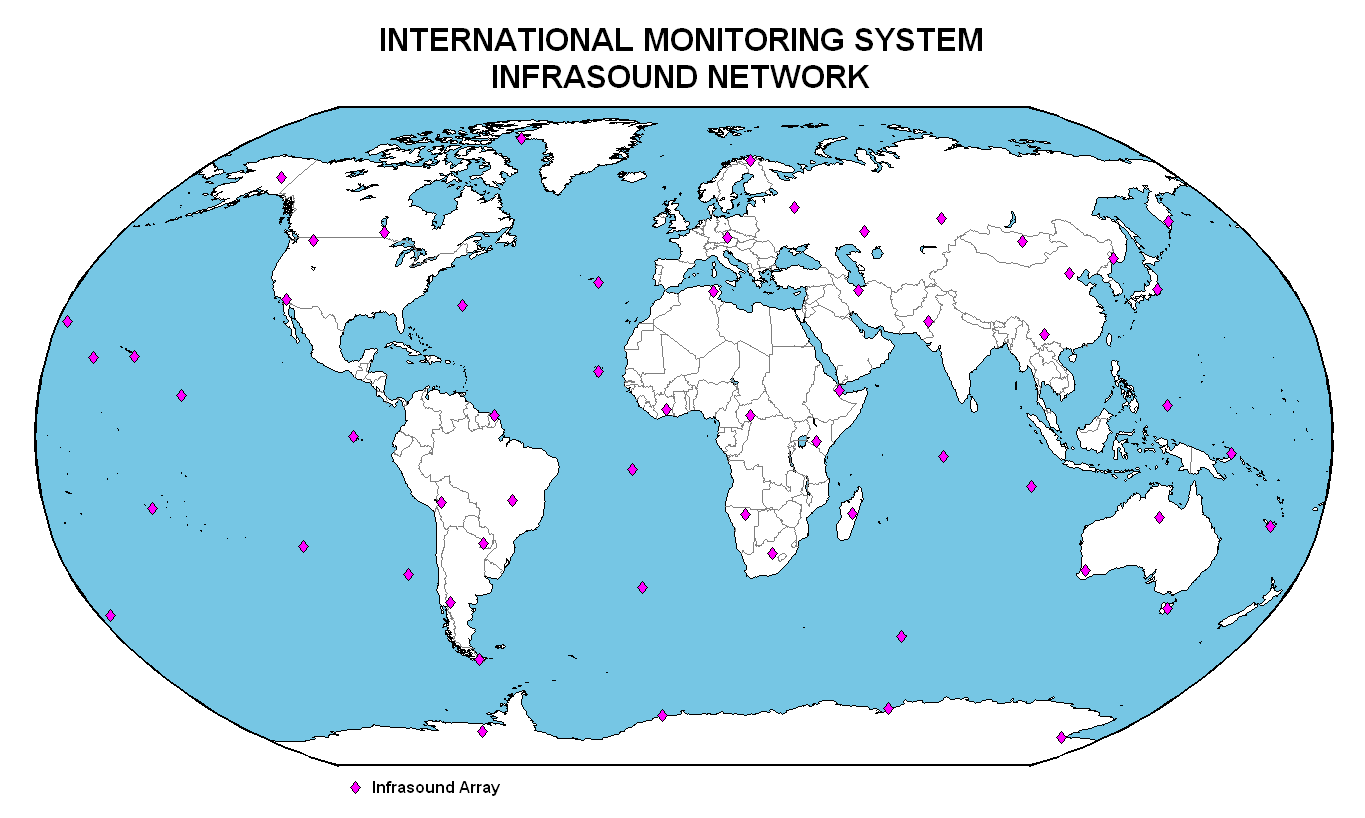 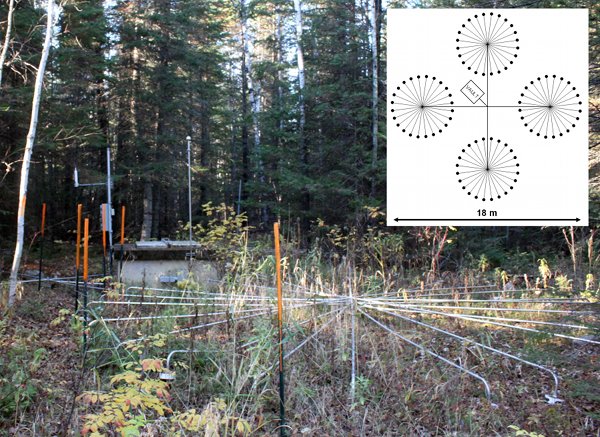 One element of the four element infrasound array of I10CA infrasound station near Lac du Bonnet, MB. Although the microbarometer instrument is contained within a concrete vault, minuscule fluctuations in air pressure are monitored using a set of four acoustic rosettes. The rosettes sample pressure fluctuations at the end of each "petal", these are summed to reduce noise caused by small-scale air turbulence then measured by the instrument.