Treaty compliance in the world's oceans is monitored by the IMS using a Hydroacoustic Network comprising 11 hydrophone and T-phase stations. This system senses acoustic waves as they propagate through the water from underwater explosions and, in some cases, from explosions in the low atmosphere. Though relatively sparse compared to other IMS networks, the hydroacoustic network can cover large regions efficiently since sound waves generated by underwater explosions propagate with very little loss of energy in the SOund Fixing And Ranging (SOFAR) channel of the world's oceans. These stations will be able to detect and locate even small underwater events. 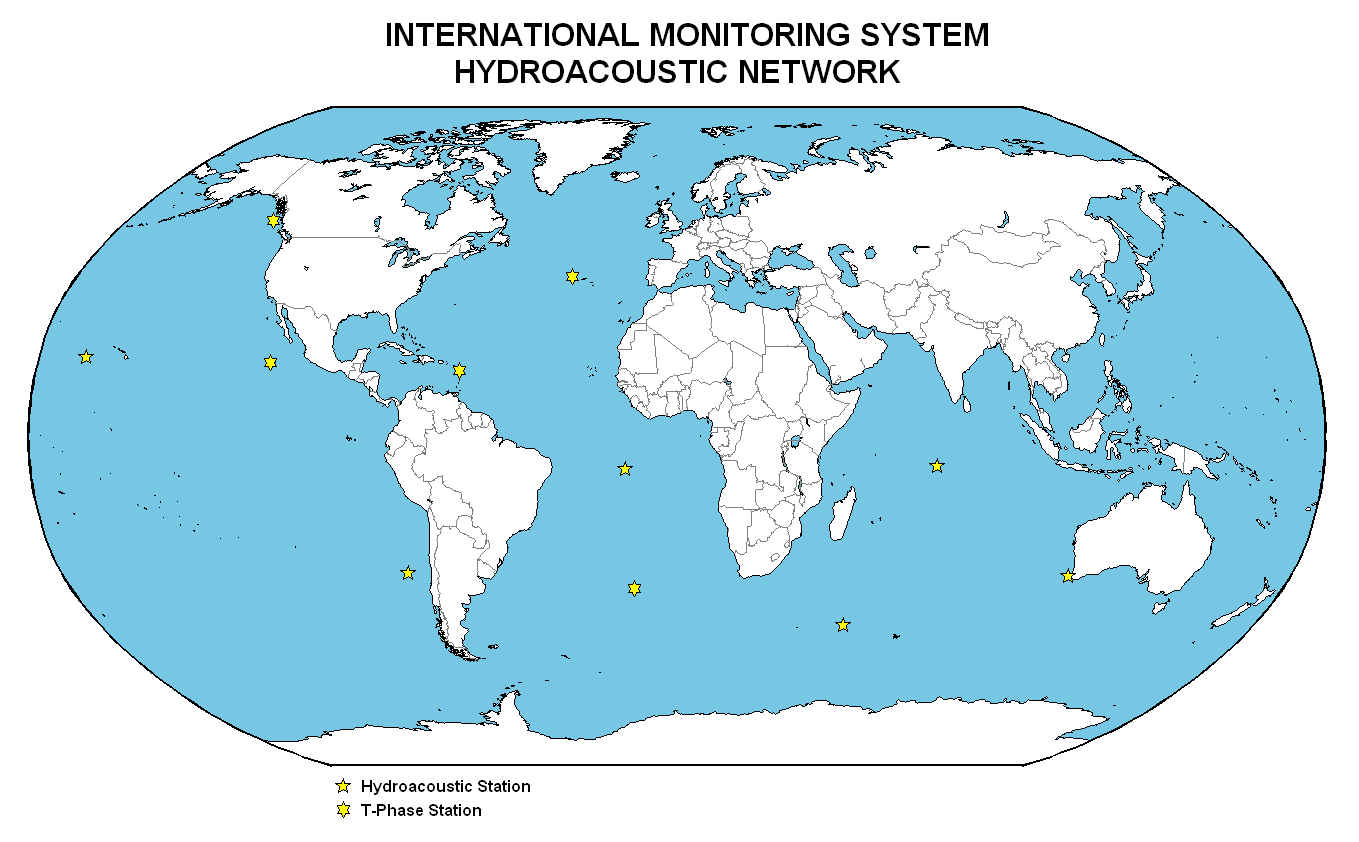 The map above shows the distribution of the IMS hydroacoustic stations. The network is comprised of 6 fixed-cable hydrophone stations and 5 island seismic (or T-phase) stations. A T-phase is the common seismological term given to an acoustic pressure wave propagating in the ocean that has coupled to either the ocean bottom or a shoreline, thereby converting it into a seismic wave in the solid Earth. Seismic stations located on islands or near shorelines are able to efficiently record these T-phases. Canada contributes to the IMS hydroacoustic network by supplying data from the T-phase station VIB located on islands of Haida Gwaii (formerly the Queen-Charlotte Islands).

Underwater monitoring detects pressure waves produced by explosions in the water column using hydroacoustic stations placed in the oceans' SOFAR channel, or by seismic stations near shorelines or on islands.